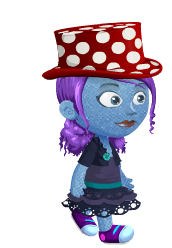 BAD PIGGIES!!! READ FIRST!!!!!!!!
When you set down pumpkins or other things the pigs eat them. So yesterday was Zilloween, wherever you carve a pumpkin and place it, it disappears after Zilloween and leaves a pumpkin pie in it's place. My pumpkin pies are gone! Plus my butler said that no one has visited since I left! I suspected the piggies. They are in my house now. I'm going to put a pumpkin pie in there to test them. I gotta buy one first though. WATCH OUT PIGGIES I"M COMING FOR YOU!!!!

Written by Smoreso
12:57AM, 3 November 2012
THE PIGGIES DONE IT!!! READ 2ND!!!!
I tested the piggy by placing a pumpkin pie close to them within 15 seconds they ate my pumpkin pie! They are now banished to the backyard (my house) where no pies will be killed again! (unless they're good then they get pie.) STILL DON"T TRUST PIGGIES IN THE SAME ROOM AS YOUR CARVED PUMPKINS CAUSE AS SOON AS ZILLOWEEN IS OVER AND THEY TURN INTO PUMPKIN PIES, SNAP! NO MORE PUMPKIN PIES!!!!!!!